When your book is turned into a film

The journey from blank page to published book was fascinating if often painful. It got me wondering what it might be like if, one day, I got to see one of my stories on screen.

For a while it felt like I was getting pretty close when some movie executives took an interest in my novel, Vortex. We'll get back to it one day when someone comes up with $3 million of initial financing for the project.

So no - Vortex the Movie - for the time being, but I was hooked. I began to explore what it would take to make a film, even a short. The first serious conversation with someone who might help took place in November last year, we finished filming on June 15, 2017 and in early July the highly respected Top Shorts festival awarded us -

You can see the trailer here - Crazy Medicine Trailer

In addition to the story itself - you can read some of my observations about the painful process of watching my words being interpreted by a Producer, A Director, a host of actors and then having the assembled footage cut by an editor, whilst I stood back biting my knuckles.
Posted by Matt at 14:36 No comments:

Following hot on the heels of BookBag including Vortex in its Top 10 for 2014. Shelf Unbound magazine features the book in its December 2014 issue. They even sent me this badge. Until I work out how to sew it into a shirt, I'll just post it here - 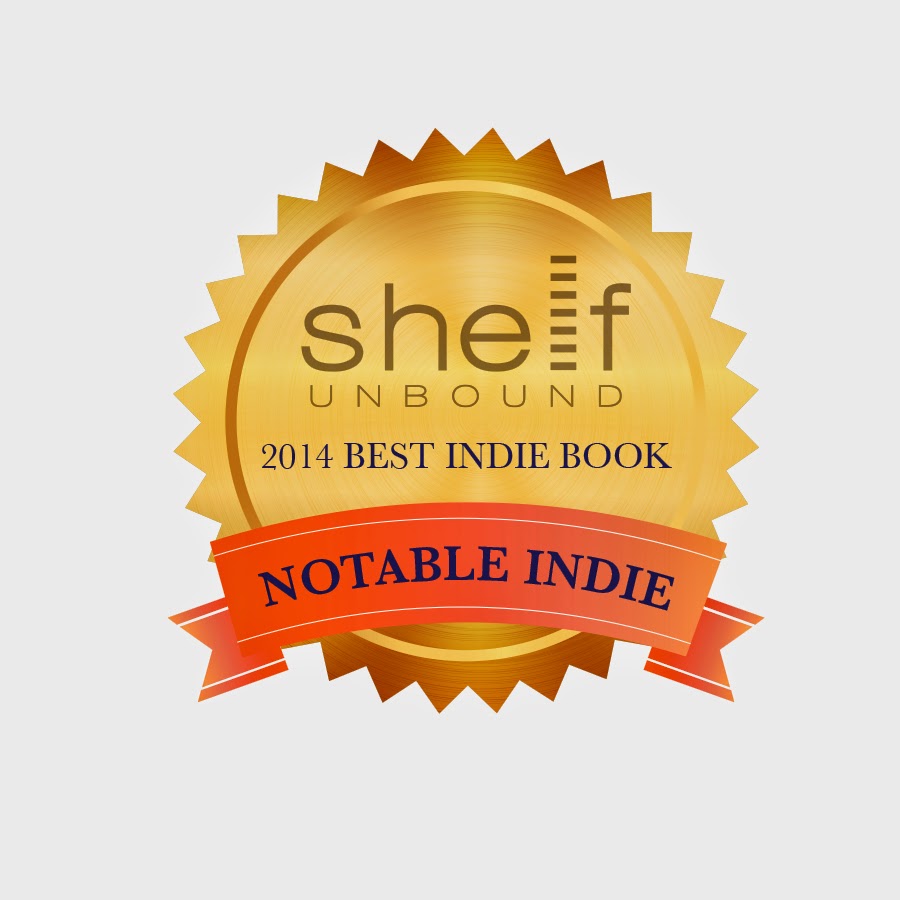 Vortex was published in January 2014 and has received excellent reviews - not just on Amazon but in the print media. One of my favourites is here - Pattaya Mail review

I hope you will check it out on Amazon.

The sequel - Vortex... the Endgame was published in November 2014 - Amazon links are below. 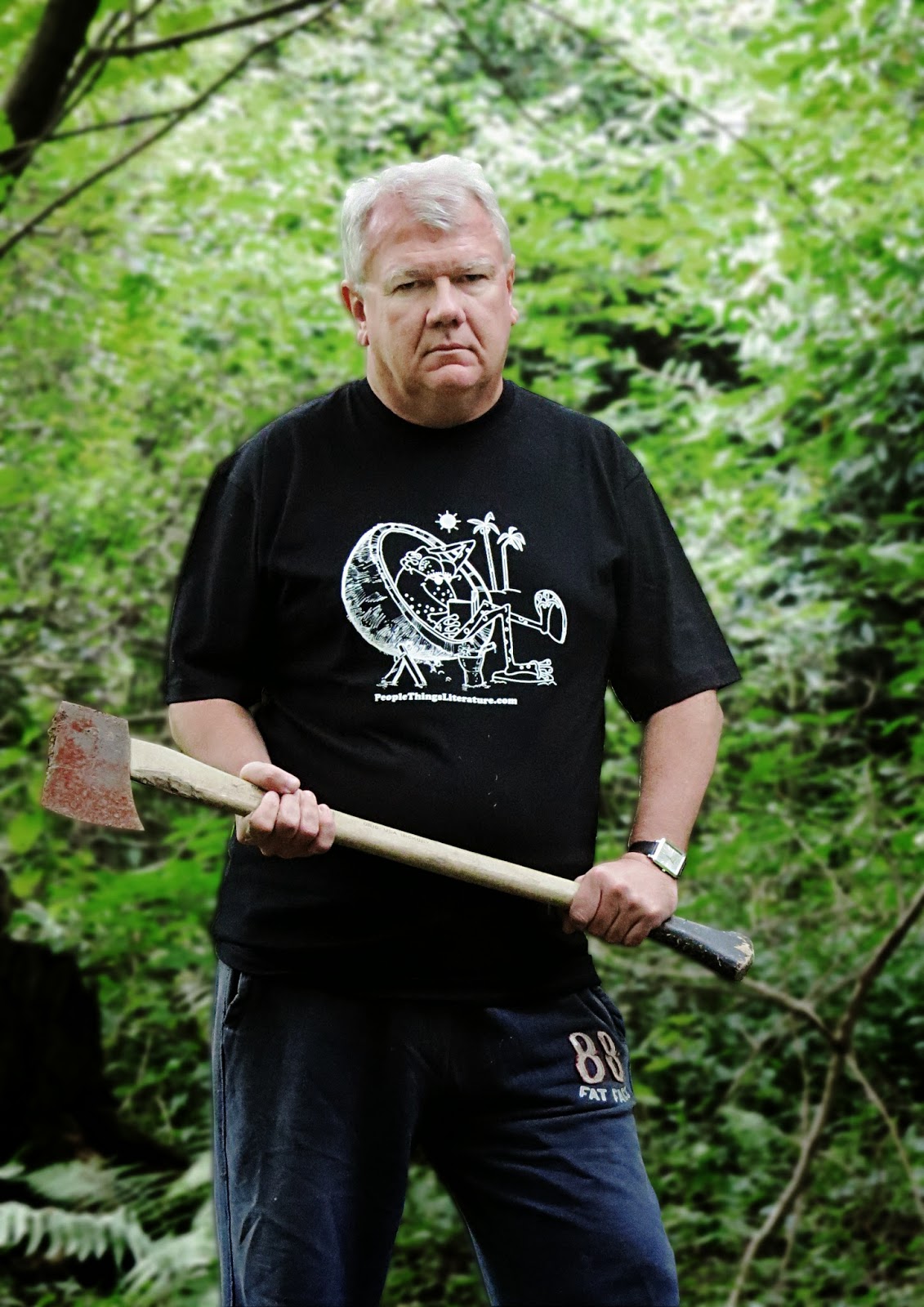 Just ask the question nicely - are you really telling me you haven't bought my latest book?

They keep telling me I need to get more material on the internet. Let readers see a variety of things I've written. It might just hook that reader who's put off by the fact that most of my stuff is set in Thailand.

Well I'm getting to an awkward age and started thinking of my own mortality the other day. Do I really want eternal life? Years in business taught me you have to think through all the implications, particularly if the offer seems too good to be true. Well there was plenty of stuff I just couldn't fathom, so I wrote this letter to God. If anyone has him on a contact list, could you pass it on...

I just wanted to start by saying that I’m really grateful, the purgatory thing and all that. It was pretty tough getting used to the idea of being dead so having this half way house idea has been great. You meet a load of other people who are going through all the same stuff and it’s been good, it really has. Course it’s a bit of a shock at first, there you are crossing the road and then… WHAM. No pain, very sudden, that was nice but then you start thinking about what’s next.
Every day you wait for the list, hoping you’re going to get the nod. My grandma passed away three weeks before me, and I was there when they called her name… “Martha Turner… to Heaven.” We were all thrilled for her, no mistake. Three days later the angels turned up and she was off, we all cheered and whooped and threw flowers and hoped we were next.
Well that’s the issue really. This is going to really sound bad but I have to ask the question. Don’t get me wrong, I was chuffed to bits when they called my name this morning. It’s all I ever wanted. Right back to primary school, the nuns used to tell me that this was what it was all about, do the right thing and I’d be saved. Well it looks like I made it and I couldn’t be happier. It’s just that I never really looked at the small print before. Before I jump on the old chariot with Angel Gabriel at the wheel I wanted to get a bit more information about what to expect when I get there. Nothing personal it’s second nature to us accountants.
As I understand it, you’re all up there looking down benevolently on the people of earth, waiting for the worthy few to be reunited with their loved ones. It sounds great… in principle. I just need a bit more detail before I get really comfortable with the idea. Sorry about the bullet points, it’s the training, they just drum it into you.

· I love my Mum, she was an amazing woman, but she’d have shamed the Pope when it came to who was the more devoted follower of your good self. Sex was a sacred thing, only to be pursued between a man and a woman seeking to bring a new child into the world. The internet was in its infancy in her day, so she had no idea about the amount of porn that’s available at the click of a button and masturbation was nothing short of a capital offence. So here’s my question. Are they really up there looking down on us, if that’s the case, there could be some pretty awkward moments when I get my family reunion.
· I really cleaned up my act in the later years but I’d have to confess to being a “bit of a lad,” through my twenties. There are a few people who’d be amazed that I got the Heaven ticket, but you are a merciful Lord and always happy to forgive the sinner who repents. So I’m just wondering where I stand with the ones I might have sinned against. I don’t suppose that farmer down the road is going to get too worked up about the apples I nicked with Billy Murdoch, but old headmaster Thomas hated my guts. I’m sure he made the cut for heaven; he never stopped quoting the scriptures, but he always said he’d make sure I got my just desserts. I don’t think he meant that in a good way. If he’s up there, then I reckon things might just kick off when he spots me coming through the Pearly Gates. Then there was Mrs Jones. I think it comes under “coveting thy neighbour’s wife.” I’m not sure I did that much coveting to be honest, she didn’t give me a lot of choice, but if Mr Jones is sitting up there with you, I reckon the sparks are really going to fly.

So that’s the question really. It all sounds pretty great in principle, all the good guys getting together on the Elysian Fields strumming on your harps, but you can see why I’m pretty nervous. I really am grateful to be picked but if you could just throw a bit of light on what my Mum might know about what I’ve been getting up to since she passed, that would be really helpful. Anything you’ve got on segregation policies would be good too. It would be reassuring to know that I’m not going to be bumping into Mr Jones, or his missus for that matter.
That’s it really. I hope this finds you well and I’m sure you’ve got all this stuff sorted otherwise I reckon it would be a bit of a bun fight up there. Just be nice to have it all clarified before Gabriel comes to pick us up on Wednesday.

PS. If you have some sort of itinerary to hand could you throw that in as well. It’s all second nature to you guys but for a new arrival, it’s pretty daunting, I mean what do you actually do all day? I can imagine it would be bliss for a month or so… but eternity?

If you've made your mind up about gun control, this short story will make you think again.

America is rocked by another high school shooting. Something must be done and the solution is simple. When evil people have guns, the only way to protect the vulnerable, is to arm the good guys. After all, God made men but Samuel Colt made them equal.
Sam Bailey is only twelve years old when he arrives in the USA from a sleepy village on the east coast of England. He has already experienced at first hand how violence can tear a family apart, but nothing can prepare him for life in the loudest, brashest and most confident country in the world.
When the latest massacre occurs only a hundred miles away, the question everyone is asking is: could this happen at Sam's school?.

"Before you make your mind up about how children should be kept safe at school, read Something Must Be Done, it will make you think again."

The story is also free on all other Amazon stores
Posted by Matt at 01:05 No comments:

The book review that makes your day

I sent a dozen or so free copies of my first book to newspapers in Thailand. The book was set there so it seemed like a sensible move to get some coverage. Result - two reviews.

I did the same for my second book. Result - one review.

Vortex, my third book, came out last month. Again I got only one review - but this was it:
Pattaya Mail

It made it all worthwhile.

If you're an author and you're wondering what the payback is - click the link. It's better than a fat royalty check - well almost.

See my blog on journalism. Fact or fiction?